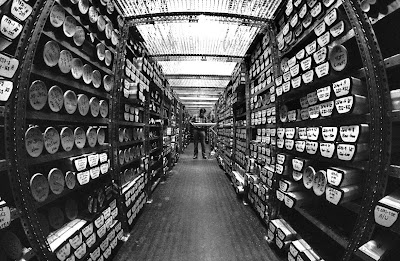 THRILLING NEWS: Three of our finest Dead & Alive episodes have been pulled from the archives and are now available for download! This is a fine opportunity to chuckle once more to our jolly-yet- informative off-the-cuff banter, or experience our unpretentious, idiosyncratic approach to introducing the classics for the first time. So, click on the titles below and keep us for posterity on your hard drive or mobile music device:

Country and Western
Originally aired 1 August, 2008
Our penultimate show, or maybe the one before, we played 90 minutes of pure country & western. One of our other joint musical loves, along with techno, it demonstrated what an alternate 'Dead and Alive' might have looked like. Featuring music by Porter Wagoner, George Jones, Dolly Parton, Tammy Wynette and a whole lot more. Full playlist here.

Christmas Special
Originally aired 27 December 2005
We'd only been on the air for a month or so when Resonance offered us the opportunity to present a 3 hour Christmas special. The studio was empty, we had carte blanche between an extended 'night loop', so we brought a bunch of friends, including David McAlmont who sang some A Capella carols, and traipsed up the rickety stairs of Denmark Street, clanking bottles of Christmas cheer, played tunes and slurred for three hours. No playlist for this one sorry but I recall the Love Joys, Handel (of course), and Wagner.

Dada
Originally aired 11 April 2008
One of our more adventurous programs, our examination of the music of Dada and subsequent music inspired by the anti-movement celebrated the 2008 exhibition of Duchamp, Man Ray and Picabia at the Tate Modern. It featured regular contributor and Gallic guest Max Benezeth reading manifestos in French and correcting my appalling pronunciation, and Stuart Walton providing definitions and a brief critical analysis. Music by Francis Picabia, Erik Satie, Marcel Duchamp and many others. Full playlist here.

I've realised how easy, if time-consuming, this is so will post some more shows shortly. Comments and criticism encouraged - joshualine@yahoo.com.
Posted by Joshualine at 1:26 pm